HomeNieuwsBuitenlandHow will a no-deal Brexit hit travel in and out of ... 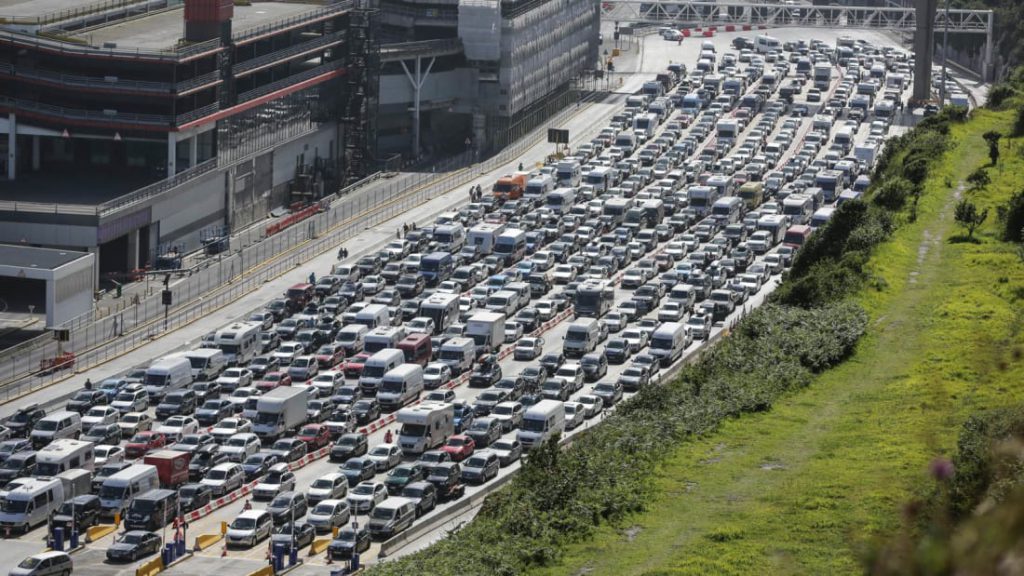 Posted by: Mr. Entertainment , maandag, 19 augustus 2019
(CNN) — The prospect of Britain crashing chaotically out of the European Union seems increasingly likely as time goes on.
Such a scenario could turn the travel plans of millions of people into a misery of delays, cancellations and bureaucratic nightmares.
Travelers seeking to head in or out of the UK face so many uncertainties that it’s almost impossible to plan effectively to avoid them.
Downing Street has confirmed that Freedom of Movement rules for EU citizens will change “immediately,” with tougher criminality checks among the amendments. Further details on the changes are to be set out in due course.
Given there’s no replacement system in place as yet, the prospect of new border restrictions coming into effect on day one of an almost certain no-deal Brexit have done little to quash fears.
Perhaps it’ll be business as usual. Perhaps travelers will spend hours, days even, trapped in snarl-ups at English Channel ports or airport lounges.
Disrupted vacations might seem trifling weighed against the huge trade deals at stake in the Brexit negotiations, but tourism across both sides of the UK border is worth billions of dollars and annual getaways are vital to the well-being of millions of key workers.
Source: CNN
Share!
Tweet