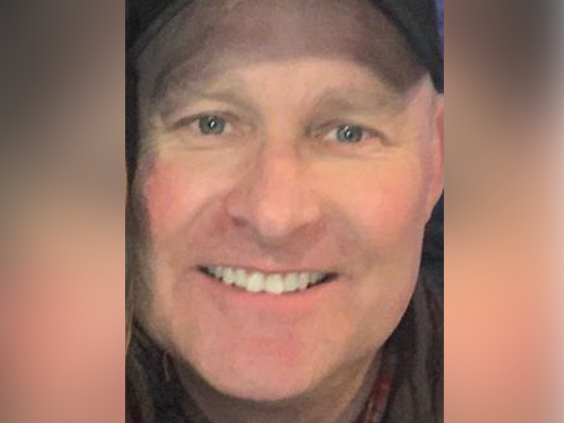 One of the worst mass killings in Canadian history unfolded over 12 hours starting late Saturday night, as Gabriel Wortman, 51, a denturist in the Halifax area, murdered 17 people in a rampage through northern Nova Scotia, setting fires and shooting at police while dressed, terrifyingly, as an RCMP officer and driving a mocked up cruiser.

The spree killing that began Saturday night in the seaside village of Portapique, N.S., ended 100 km away on Sunday morning at a gas station outside Halifax, where Wortman was located by a huge force of police officers and dogs, and died in a confrontation.

Police are still bracing to discover more bodies, as the various crime scenes have not yet been cleared, and further investigative leads remain to be chased down. Nova Scotia RCMP Chief Supt. Chris Leather initially said the death toll is almost certain to be more than 10, and that some of the victims appeared to have no prior connection to the shooter.

The rampage “appears to be at least in part, very random in nature,” Leather said. He would not speculate on motive and declined to say whether there was any commonality among victims that would indicate a hate motive.

The toll exceeds the 14 dead at École Polytechnique in Montreal in 1989, making this the deadliest spree killing in Canadian history.

One of the dead, the first to be formally identified is RCMP Constable Heidi Stevenson, a 23-year veteran and married mother of two, who was killed Sunday morning responding to the active shooter incident.

“What has unfolded overnight and into this morning is incomprehensible,” Bergerman said. “Countless families are in mourning today.”

Another victim was identified informally as Lisa McCully, according to a Facebook post by her sister Jenny Kierstead. McCully was a grade three and four teacher at Debert Elementary School. She also volunteered as a youth leader at a United Church of Canada bible camp in Berwick, N.S.

There are also injured people, including some who may have checked into hospitals, police said.

Wortman’s death at the gas station in Enfield, near the Halifax Stanfield International Airport, is the subject of an investigation by Nova Scotia’s Serious Incident Response Team, a police oversight body.

“This is one of the most senseless acts of violence in the province’s history,” Nova Scotia Premier Stephen McNeil said before a coronavirus briefing Sunday. “We’re in shock that such a thing could happen here in Nova Scotia and it’s a heavy burden to bear on top of COVID-19.”

The police response to the atrocity began with a burst of emergency calls around 11:30 p.m. Saturday, about firearms at a house in Portapique, along the north shore of Cobequid Bay, a rural area of farms and recreational properties.

Officers arrived to a “chaotic” scene, Leather said, with casualties inside and outside a house. That prompted a massive emergency response including helicopters, emergency task force officers, and other forces.

The search led to multiple buildings that were being consumed by fire, a series of murder scenes that have yet to be cleared.

At one point in the evening Wortman exchanged gunfire with police, Leather said, but he managed to evade immediate capture and was at large throughout the night.

An overnight fire was reported in Wentworth, north of Portapique, although police did not confirm specific locations.

Police believe Wortman was acting alone and that the risk to the public is over, after an especially harrowing night for residents ordered to shelter in their basements away from windows until it was safe.

Christine Mills, a resident of Portapique, said she saw officers patrolling the streets and helicopters flying overhead. She was fearful that the shooter might have gone through the woods and attempted to enter her home.

“It’s nerve wracking because you don’t know if somebody has lost their mind and is going to beat in your front door,” she said.

By the morning, according to public alerts from police, the attention of the search had shifted back to a campground near Portapique. Soon after, however, police cautioned Wortman was far on the other side the regional centre of Truro, and gave the impression he was heading south toward Halifax.

At first he was reported to be in the fake police cruiser, a photo of which police released showing the convincing replica in a workshop. Soon after he was said to be driving a silver SUV.

Police appear to have tried to take him down late Sunday morning in a Sobey’s plaza near Shubenacadie, where shopkeepers were ordered to shelter in place. An image posted by the Halifax Chronicle Herald, taken by someone at the scene, showed two cars fully consumed with fire throwing up clouds of smoke.

It was just south of here that the search came to its end on a gas station tarmac, where a silver SUV remained on Sunday.

Paula Hanrahan left her work near this gas station in Enfield, N.S., Sunday morning because she was concerned with the safety of her step-granddaughter who lives in Portapique.

She pulled over to the side of the road when she saw dozens of police officers, decked out in black vests, surround the SUV. One officer was on one knee on top of the vehicle and had his assault rifle pointed into the car through the sunroof. Several others were laying down on their stomachs on the pavement with their rifles at the ready and appeared to be aiming at the front door of the Big Stop. Overhead, she saw a helicopter fly by. Sirens blared in the distance.

It is not known how Wortman died.

“Dogs were scratching at the pavement to get to the car,” Hanrahan said. “There must have been 40 men (outside the gas station).”

Prime Minister Justin Trudeau thanked police for their work and the residents of the communities for their cooperation: “My heart goes out to everyone affected in what is a terrible situation.”

Tom Taggart, a councillor who represents Portapique in the Municipality of Colchester, said that the community was devastated.

“It’s a tragedy — there’s no other way about it,” Taggart said. “I can’t stop thinking about the people.”

Taggart described Portapique as a “subdivision in the woods where people have acre lots along the shore.” It only houses about 60 to 100 permanent residents in the winter, he said. Many of them travel back and forth between the community and other residences in Nova Scotia.

Wortman owned three properties in the Portapique area, Taggart said. He does not know Wortman personally, he said, but has spoken to him occasionally on the phone. Wortman would call him with municipal concerns such as the roads being too rough or snow plows not showing up on time.

The community is known for being a safe one, Taggart said. It’s often part of the reason why its residents chose it. Waking up to the news of the shooting left him in disbelief.

“It’s absolutely unbelievable this could happen in our community. I never dreamt this would happen here. CNN or Fox News or something like that — but not here.”