HomeNieuwsBuitenlandRichmond mega-mansion, one of the last built under ... 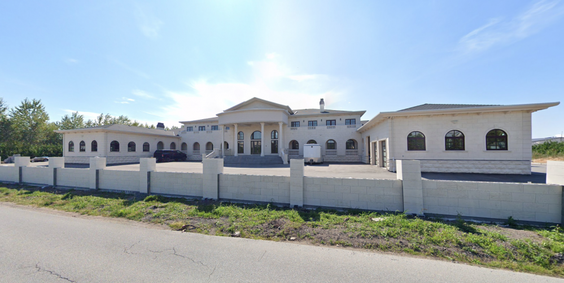 A controversial Richmond megamansion hit the market Friday, immediately becoming the priciest home for sale in the city. Listed for a whopping $21,980,000, the nine-bedroom, 11-bathroom megamansion at 9431 No. 6 Road was built in 2018 on four hectares (10 acres) — a massive piece of Richmond land. 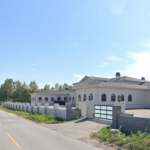 The home has two fireplaces, and two garages — enough space for about six vehicles. Annual property taxes on the single-family mansion are just over $16,000.

But the megamansion is also a massive piece of Richmond history because there can never again be a mansion that size built on Agricultural Land Reserve parcels. In late 2018, after this 22,317 square-foot home was complete, the provincial government introduced a law designed to curb the explosion of newly built Richmond homes on ALR land in excess of 20,000 square feet.

Anyone with permits already in place to build similar residences were allowed to proceed with construction. As a result, the second-priciest house for sale in Richmond is another sprawling megamansion, still under construction — one of a handful of Richmond megamansions that have come up for sale since the practice was effectively ended.

The comparably modest, 10,800 square-foot house at 9660 Sidaway Rd., — a typical mansion right down to the giant, circle fountain out front — is listed at $8.8 million.

That’s a bargain compared to the residence on No. 6 Road, which is listed for more than twice that price despite a recent assessment of just over $4 million. The 10 acre-lot may be a factor. Or perhaps realtors are simply hoping to catch the eye of an exceedingly wealthy aficionado of B.C.’s agri-political history.

It would be the first time since 2001 that there has been a disruption to bus services due to s ...