HomeNieuwsBuitenlandThe war against ISIS was all a waste! 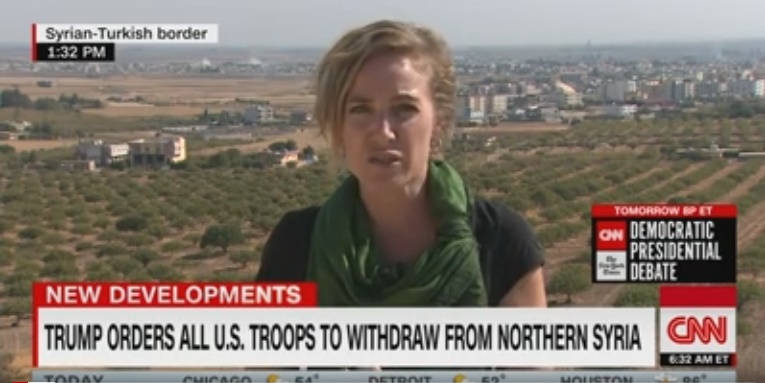 (CNN)Earlier this year I spent almost two months in northeast Syria covering what we thought was the final battle against ISIS. The so-called caliphate that stretched from the outskirts of Baghdad to western Syria, that ruled over more than ten million people, had been reduced to the remote town of Baghouz on the banks of the Euphrates.

In the end the “caliphate” was little more than a sprawling expanse of rubble and mangled cars, strewn with the corpses of ISIS fighters.
But it wasn’t the final battle. We were wrong.
Thousands of ISIS fighters surrendered, and many thousands more — their widows and orphans, their wives and children — ended up in SDF-run prisons and detention camps.
Yet just days after the Turkish army and its Syrian allies invaded northeastern Syria last week, hundreds have escaped, and as the offensive continues and the SDF comes under ever greater pressure, more will probably break out of captivity.
A few weeks before the fall of Baghouz, I interviewed one of the ISIS women.
“God is testing us,” she said. “The unworthy will leave, and the righteous will remain.”
Few of the ISIS women or the fighters we interviewed conceded defeat.
Omar, a Palestinian refugee who grew up in Syria, told me: “Maybe the Americans rule the world today, but God Almighty promised the Muslims that, in the end, the world will be ruled by Islam.”
It was, they insisted, a temporary setback. ISIS, they vowed, would return.
And they were probably right.

ISIS fighters on the loose

In September, ISIS leader Abu Bakr Al-Baghdadi urged his followers in an audio message to breach the walls of the prisons and the camps and free their brethren. And so it has come to pass. As Turkey presses its offensive, the SDF will be compelled to pull its men and women away from guarding the prisons and camps and send them to the front lines.
In al-Hol camp, where thousands of ISIS family members are being held, already the inmates are putting on the pressure. An SDF official told CNN Friday the women there were burning tents, and attacking SDF personnel and administrative offices. Weapons have been smuggled into the camp, where radical inhabitants have continued to enforce the draconian laws of the former so-called caliphate, meting out sometimes lethal punishment to those who fall out of line.
And help is nearby. Pentagon officials have said for months now that thousands of ISIS fighters and sympathizers are on the loose across Syria and Iraq. They carry out regular hit-and-run attacks. They’re down, but not out.
ISIS has long excelled at exploiting power vacuums, and now one is opening up.
The war against ISIS, joined by then-US President Barack Obama and carried on by his successor President Donald Trump, was all for naught.
We saw, as the battle for Baghouz raged, US, British and French special forces manning artillery and mortar positions around the town as US-led anti-ISIS coalition warplanes hit targets on the ground. We saw US, British and French intelligence officers screening and interrogating everyone who left Baghouz.
SDF fighters, including Kurds, Arabs and Christians, pressed forward on the ground, braving booby traps, car bombs and suicide bombers. The SDF says more than 11,000 of its soldiers—men and women—died in the war.
And now, in less than a week, all that was achieved, and sacrificed, all the lives and treasure expended, has come undone.
Turkish forces, alongside their Syrian allies, are pummeling the SDF. And the US is announcing it will undertake a “deliberate withdrawal from northeast Syria” because, in the words of US Defense Secretary Mark Esper, American forces are “likely caught between two opposing, advancing armies and it’s a very untenable situation.”
That one of those “two opposing armies” fought side-by-side with the US seems to matter little to the US and its President who, since last December, has seemed in an awful hurry to pull US forces out of Syria.
And, of course, the term “deliberate withdrawal” is government-speak for something much simpler: betrayal and retreat.
Source: CNN
Share!
Tweet