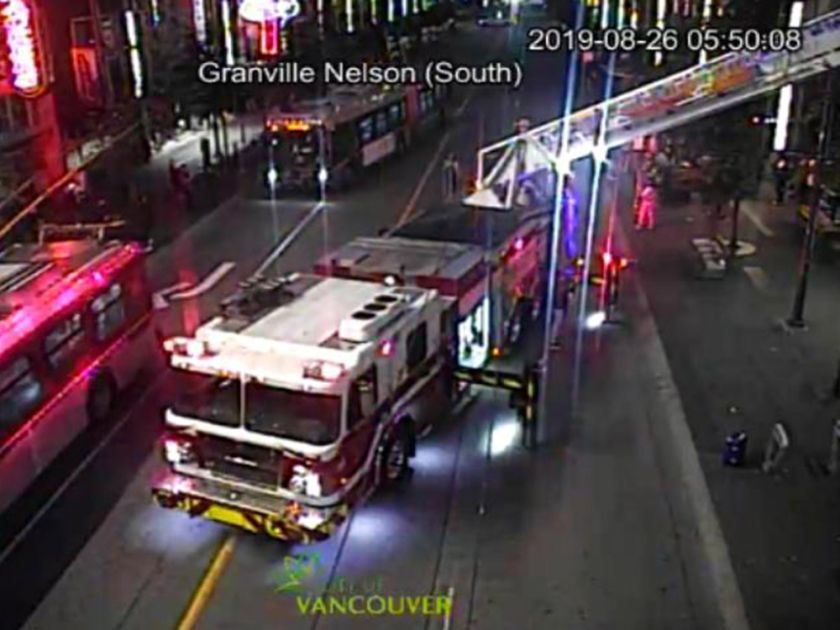 The fire was located at Granville and Nelson, and had caused delays for TransLink and closed some roads in the area.

The fire, near Granville and Nelson streets, was first reported around 5:30 a.m. Crews were able to get the flames under control around 6:30 a.m.

Road closures were also in effect in the nearby area, including sections of Granville, Howe and Seymour streets from Nelson to Georgia streets. The roads have since been reopened.