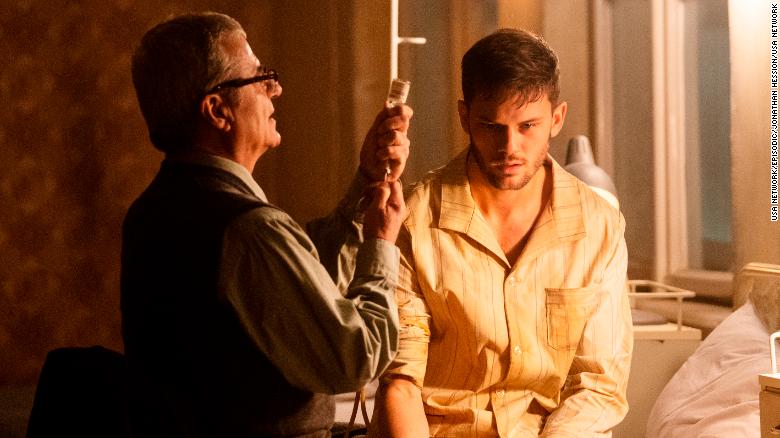 (CNN)The Jason Bourne movies brought stylized violence to Robert Ludlum’s nearly-40-year-old literary thrillers, with Matt Damon as the killing machine who turns on his handlers. The mythology of those films provides a sturdy if somewhat messy foundation for “Treadstone,” a USA series that also emphasizes action, while slowly teasing out a case about sleeper agents and clandestine operations.

The series immediately gets your attention by opening in the 1970s, where an American agent (Jeremy Irvine) awakens in, and escapes from, a secret facility during the heart of the Cold War.
Flash ahead to present day, and it becomes clear that there are a number of sleeper agents, part of a program known as Cicada, which are being activated, the purposes of which remain fuzzy through a handful of previewed episodes.
Still, the premise allows for a whole lot of crisply shot fight sequences, unfolding on a global scale — including staged encounters in or around various European landmarks — as well as across decades.
The job of following the breadcrumbs largely falls to a pair of FBI agents (Michelle Forbes and Omar Metwally), but there’s a solid “The Manchurian Candidate” quality undergirding the concept of trained assassins hiding in plain sight, just waiting for somebody to trigger their lethal programming.
Read More
Granted, “Treadstone” (the name comes from the secret operation that turned Bourne into a weapon) proceeds a little too slowly in terms of connecting the dots, but the show doesn’t scrimp on action, and those who enjoyed the movies should find tantalizing threads in this expansion of the narrative. Overseen by “Heroes” producer Tim Kring, the show also does a credible job of establishing new characters with their own Bourne-like conundrum.
That’s not to say “Treadstone” will be for everybody, but it manages to wed the serialized qualities of a TV series with the high-strung paranoia that powered the movies. The series will make its debut in conjunction with the second season of “The Purge,” another USA show spun out of a hit movie franchise, which underscores just how hungry networks are to draft off these kind of identifiable titles.
Yet if that’s not necessarily a breakthrough, with the new show it’s enough of an enticement, at least initially, to be “Bourne” again.
Source: CNN
Share!
Tweet