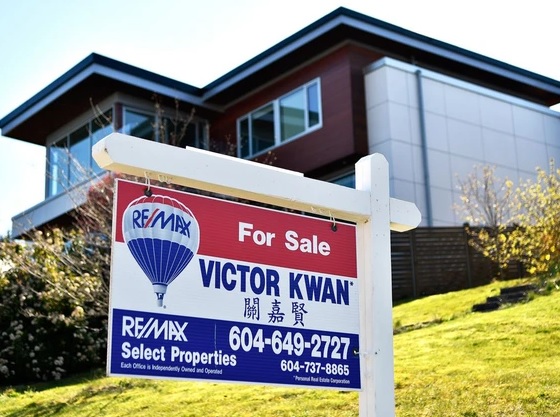 Vancouver, which placed second last year, was bumped by Sydney into the No. 3 spot this year, according to the Demographia survey.

Vancouver is now the third least-affordable city in the world after Hong Kong and Sydney, according to a new survey that compared housing unaffordability by examining median home prices and household incomes in key markets.

The results highlight the characteristics Vancouver shares with Sydney as a desirable place to live and own real estate, according to one broker with a view on how both are seen.

“They have a geopolitical situation and a weather, climate and location that people want to live in and see as safe. And at the same time, they are surrounded by water and land supply is limited,” said Theo Birkner, a Vancouver-based managing partner for Harcourts Real Estate, which has roots and offices in Australia and New Zealand, and entered Canada and Vancouver, in part, because of the many similarities it saw.

The survey was conducted by Demographia International Housing Affordability, a public policy firm in St. Louis. It covered the third quarter of 2021, included 92 cities and urban areas in Australia, Canada, China, Ireland, New Zealand, Singapore, the U.K., and the U.S.

Last year, Vancouver ranked ahead of Sydney. In 2018, it was third. Going back more than a decade, Hong Kong has topped both of these cities with a gap between home prices and income that generally has significantly exceeded that seen in Vancouver and Sydney.

The survey is based on a measure called median multiples, a price-to-income ratio that uses the median house price divided by median household income.

Vancouver’s median multiple in 2022 of 13.3 means a home costs more than 13 times the average annual income. Before the pandemic, the figure was 11.9. 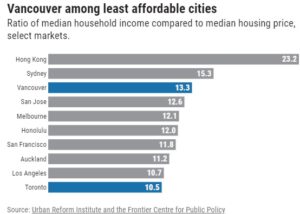 It would be the first time since 2001 that there has been a disruption to bus services due to s ...